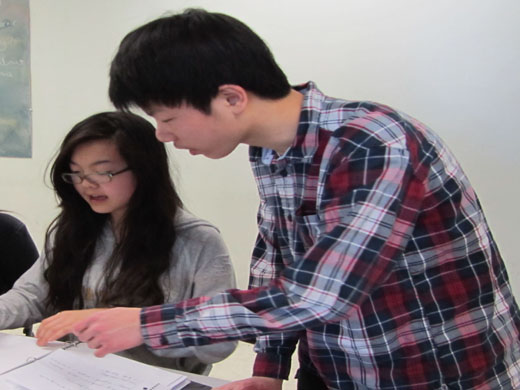 In the beginning of the play the woman, Helen, was begging the man, Paul, to “return” to her. Paul said that Helen had hurt him too much and would not change his mind. Helen begged and begged, but Paul still resisted. Then when Paul said that he can live without Helen, Helen decided to tell him the truth. She said because she just get to know love, she noticed that she never actually loved him. However she knows that Paul loved her and felt guilty about it. She said the only way to push him away is to hurt him. After Helen finished, Paul asked if she was leaving. Helen then brought up that that day was the day of their first kiss. Then she rips the calendar to pieces and exits. They would have reunited even if Paul stopped her or a simple embrace. Though Paul doubted her and didn’t do anything.

How Do We Nurture Love?

At school, when two people coincidentally like each other, everybody expects them to go out and become a loving couple. However, just because they like each other does not mean that they are meant to be with each other.  In the play Enigma, by Floyd Dell, the two main characters – Helen and Paul – seem to be destined for heartbreak. Although Helen and Paul may be attracted to and care for each other, their actions and harsh words hurt each other over time.  They do not seem to be considerate, collaborative, and compatible, qualities necessary for a successful relationship.